Two-year payback expected by bringing subcontracted work in-house One of the UK's largest pump manufacturers shipping more than 200,000 units per year, Charles Austen Pumps (www.charlesausten.com), has invested in its first sliding-headstock bar auto, a Cincom L20-X from Citizen Machinery UK (www.citizenmachinery.co.uk). It was installed in the OEM's Byfleet factory in June 2019 and has taken over the turn-milling of parts up to 25 mm diameter, the vast majority of which are brass. A few aluminium, stainless steel and plastic components are also produced. Established nearly 75 years ago by Charles Austen, the company is credited with inventing the diaphragm pump, which in the 1950s helped John Enders develop the polio vaccine. The firm's products later assisted the development of Concorde and the Apollo 15 mission to put a rover on the moon. A wide range of pump types is now manufactured and the firm has been so successful that growth over the last six years has been an amazing 30 per cent per annum, driven by strong home sales and a buoyant export market. Naturally that has put a strain on all areas of the operation, not least the machine shop. While prismatic metalcutting including the milling and drilling of parts for pumps, as well as injection mould manufacture, is largely carried out in-house, the two fixed-head, 57 mm bar capacity CNC lathes on site struggled to cope with the production volumes of rotational parts. The result was that lately as much as two-thirds of the turning requirement was subcontracted out at a cost of more than £100,000 per year. Machine shop manager at the Byfleet facility Matt Wright commented, "More than 80 per cent of our turned components are between 16 and 19 mm in diameter, so we needed a lathe of relatively small bar capacity to start bringing work back to our factory. Our bigger lathes are not so efficient when machining these smaller workpieces due to their longer tool movements and slower axis travels. "We considered fixed-head as well as sliding-head technology, as our parts are generally short compared with their diameter. We concluded that sliding-head turn-milling would be more productive because the tools are mounted on gang posts rather than turrets, so are quicker into the cuts as they have less distance to move. Also, as we do not need to use the guide bush the bar remnants are shorter, saving money on material. "Should we ever need it, we also have the flexibility of quickly installing the guide bush for true Swiss-type turning of shaft-type workpieces over 2.5D." He advised that they initially reviewed most of the sliding-head lathe providers and said that their choice of Citizen was primarily down its reputation for quality machines and for providing good applications support, training and after-sales service, which since the L20-X was installed he describes as "brilliant". Asselection of turn-milled components for the OEM's pumps was taken to the machine supplier's Bushey technical centre, where their engineers recommended the best machine for producing the parts. This was deemed to be the twin spindle L20-X turning centre in optional, oversize configuration capable of machining bar up to 25 mm in diameter. An Iemca barfeed for three-metre stock was also supplied as well as a workpiece conveyor. Standard features of the machine include up to 44 cutters including rotary stations on the gang, opposing and back tool posts, with Y-axis movement of the first two tool carriers. The LFV version of the machine with its patented, 2-axis CNC chipbreaking software in the control's operating system was not needed, as free-cutting brass is mainly machined at Byfleet. Batch sizes produced on the Cincom vary greatly from ones and twos for the R&D department up to 10,000-off. The first job on the machine was a brass cam that ran continuously for 96 hours, from Monday morning to Thursday evening. Machined in one 105-second cycle to tolerances down to + 10 / -5 microns, including in-cycle engraving for traceability, the part previously needed two operations taking three times longer, plus additional handling for manual chamfering and stamping. Matt advised that machine attendance was minimal during the day and non-existent overnight. When he arrived at the factory the next morning and measured the parts, all were not only within the 15 microns tolerance band but right in the middle of it. Another brass component, this time a 19 mm diameter disc-type part just 0.6 mm thick, saw its two operations in 2.5 minutes reduced to one 50-second cycle - another three-fold saving - plus elimination of handling. A third example, a double eccentric with an offset hole and an offset spigot with a 5-micron limit, is now produced in under three minutes instead of five, including engraving which previously had to be done manually. Surface finish on all parts coming off the L20-X is noticeably better, according to Matt. An element of the service provided by Citizen Machinery prior to delivery of the lathe was the provision of programs for machining two components. Since then, the Cincom machine operators including Matt's son Ryan have been using the supplier's Alkart CNC Wizard programming software. It is easy to learn and a simple process to cut, modify and paste elements from the original programs and add new blocks for other features using the wizard's G-code and M-code library built into the software. Matt concluded, "We are already bringing turned parts manufacture back in-house and that will accelerate in the coming months. We have hundreds of component variations lined up to put on the L20-X. By Easter 2020, we should be turn-milling them all in our factory. "With the amount we have been spending lately on subcontracting services, I calculate that the Citizen Cincom slider will pay for itself in a little less than two years."
Five photographs attached: Charles Austen Pumps' machine shop manager Matt Wright operating the Citizen Cincom L20-X sliding-head lathe. 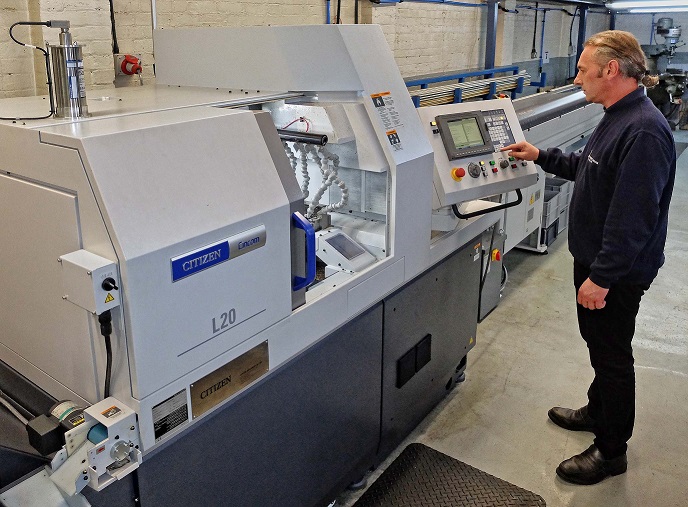 Photograph shows both sides of the cam and spigot, plus other components machined on the L20-X. 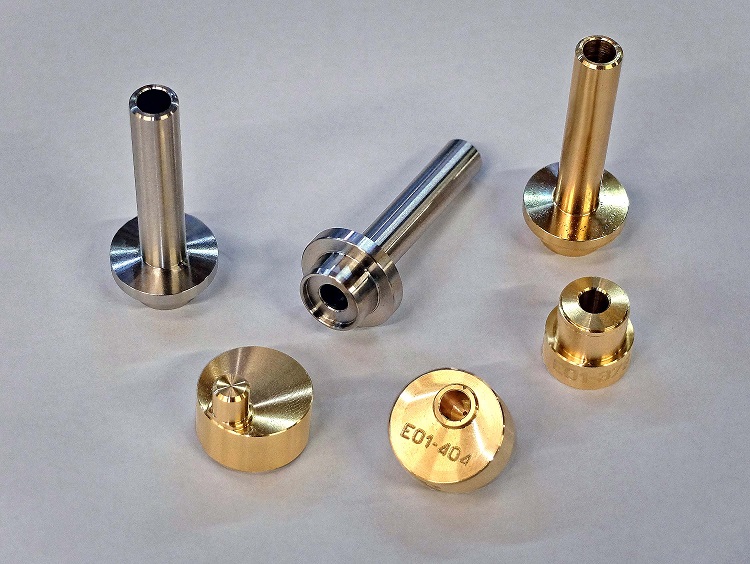 Scroll to zoom in on map

BTMA is the Trade Association for Precision Turned Parts and Machined Component Manufacturers in the UK.